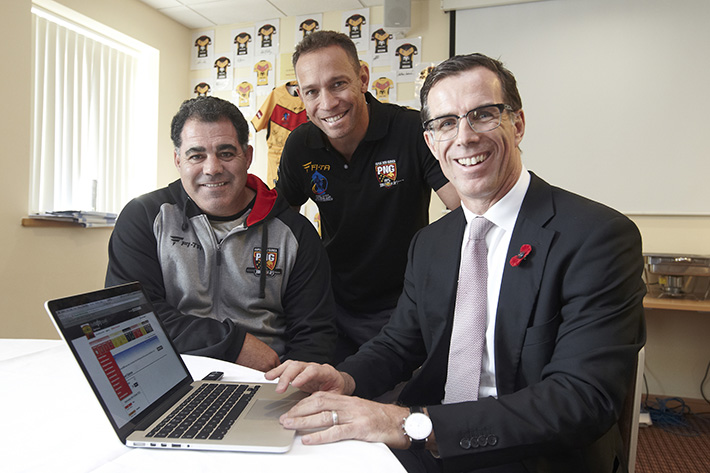 Two teams competing in the current Rugby League World Cup are benefiting from a performance management system provided by The Sports Office.

The system is being used by both the Papua New Guinea (PNG) and Wales squads, as they play their part in the 13-a-side code’s most important international tournament.

The Sports Office’s powerful system brings together all team operations, coaching and management functions and supports all aspects of preparation and performance. This includes key elements of video analysis, such as the delivery of preview and review video footage to players. Coaches and players can also access the system via a mobile app and use it via a range of mobile devices.

During the tournament, PNG and Wales will use the Sports Office system to monitor and collect critical data generated by their players during training and matches; such as information from heart rate and GPS monitors. The powerful software will offer both teams the ability to generate insight from this data, in order to get the most from their preparation and training activities.

“The Rugby League World Cup represents a significant challenge for both Papua New Guinea and Wales and we are delighted they have chosen our system to support their campaigns”, said The Sports Office MD Phil Clarke.

“We believe our performance management system will provide comprehensive support for all aspects of their preparation and training”.

The Sports Office’s dedicated software for elite football is also currently used by leading clubs in the Barclay’s Premier League, the Sky Bet Championship and major football governing bodies including the Scottish FA.

In both rugby and football, The Sports Office provides client support for implementation and training , meaning that clubs and organisations can easily begin using the systems without additional staff recruitment.

To learn more about the power and capability of The Sports Office systems please contact a member of the Client Service team via the contact section.