The Sports Office has successfully completed the move to new headquarters in the historic Wigan Hall.

The building, in the Mesnes Park area of the town, was purchased from the Diocese of Liverpool and is Grade II Listed. It was designed by celebrated architect George Street, whose work includes the Royal Courts of Justice in London.

Members of The Sports Office team celebrate the opening of our new Wigan Hall offices.

Following a period of expansion and business development, both in the UK and overseas, the Hall was identified as a suitable location and its interior has been converted to accomodate all 25 members of The Sports Office team. This includes the company’s coding and testing teams as well as the client management and administration teams.

“We are delighted to have moved into these new headquarters”, said Phil Clarke, The Sports Office Managing Director.

“Wigan Hall is the perfect location for our growing business and the refurbishments we have carried out make it a perfect blend of an historic building and an exciting modern workplace.”

Clarke added:”The Sports Office has experienced tremendous growth in recent times and we believe the move will help us capitalise on this and continue development.”

The Sports Office has converted Wigan Hall for use via a programme of restoration work. This began in December 2014 and is now completed. At all times during this process, all appropriate bodies were consulted to ensure any restoration did not damage or detract from the building’s historical significance. 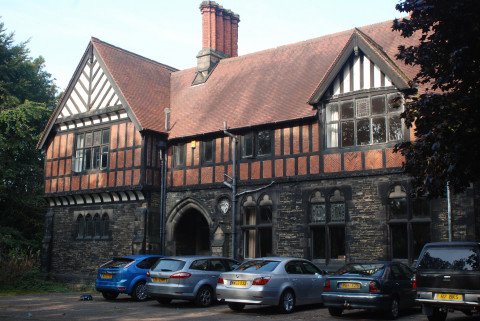 New HQ – The Sports Office have moved into Wigan Hall.

The Sports Office’s dedicated software for elite football is currently used by leading clubs in the Barclay’s Premier League, the Sky Bet Championship, the MLS in the United States and Australia’s A-League, as well as major football governing bodies, including the Scottish FA.