Academy Directors from a range of elite sports clubs have highlighted The Sports Office ‘Report Engine’ as an invaluable tool for optimising long-term player development.

The ‘Report Engine’ is a core element of The Sports Office performance management systems for elite sport. The functionality has the power and capacity to deliver fully customisable and automated reports to staff, players and other key personnel.

Users can create and share individual player or automated team reports, using a range of performance data. The reports can track on-field and training performance, injuries and wellbeing.

“Prior to the adoption of The Sports Office, much of the reporting on players’ performance was verbal, which was difficult to monitor and review with players at later dates.”

She continued, “The ease of use of the system has allowed the club to develop and progress its Academy functions. It has been invaluable since its introduction in 2013.” 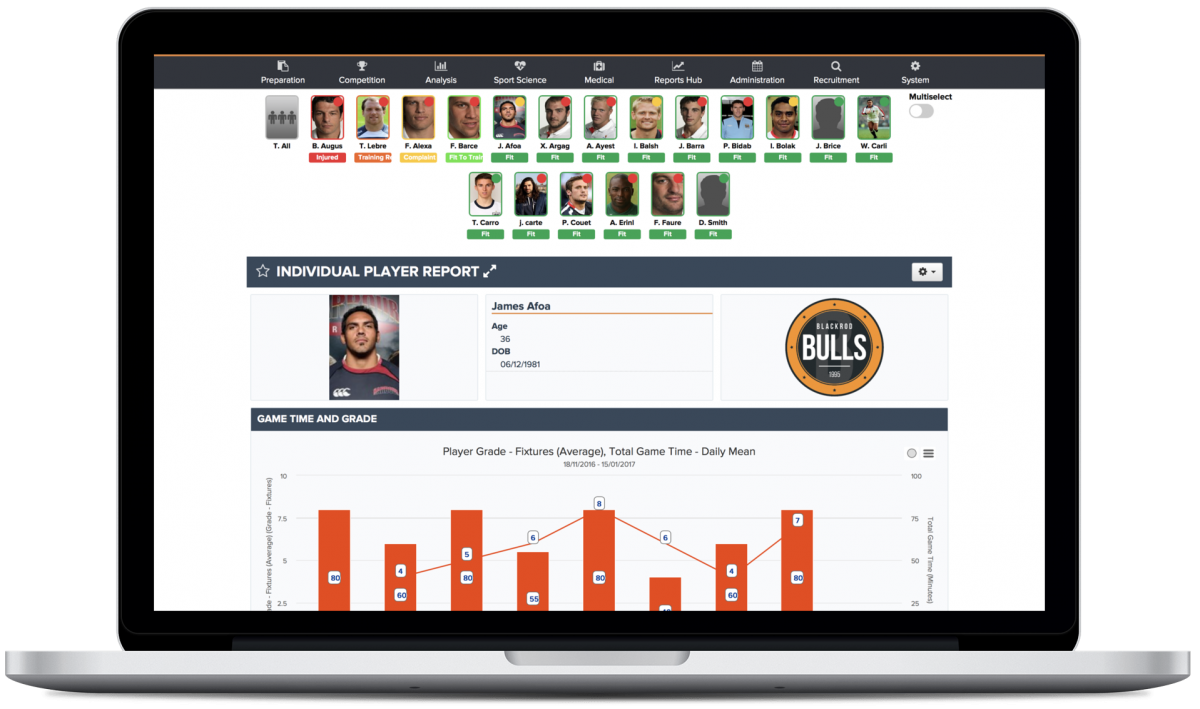 The ‘Report Engine’ has key benefits for everyone within an elite football organisation. Transparency and feedback can be provided at all levels including federations, players and parents.

In addition to their success within Scotland, The Sports Office also work to support the FA’s The Long-term player development strategy. A strategy which emphasises the importance of accurate performance data and applied knowledge for player development.

The ‘Report Engine’ can also present data in an accessible format. This makes it easier to apply and take effective evidence-based decisions.

If you feel your organisation would benefit from a centralised hub which cohesively brings together all elements of performance workflow into one system, contacts The Sports Office now.