Emma Flett, Aberdeen FC Senior Football Operations Coordinator, said: “The club has found The Football Squad invaluable since its introduction in 2013.  The communication and support from the Sports Office during this process has also been excellent.”

The Sports Office system, The Football Squad was adopted by Aberdeen FC five years ago and has been used across the club’s academy and First team. The platform was integrated within the club by the Football Operations department who have co-ordinated and lead the roll-out and training. All departments can now manage activities independently, and the Club have seen significant workflow improvements. 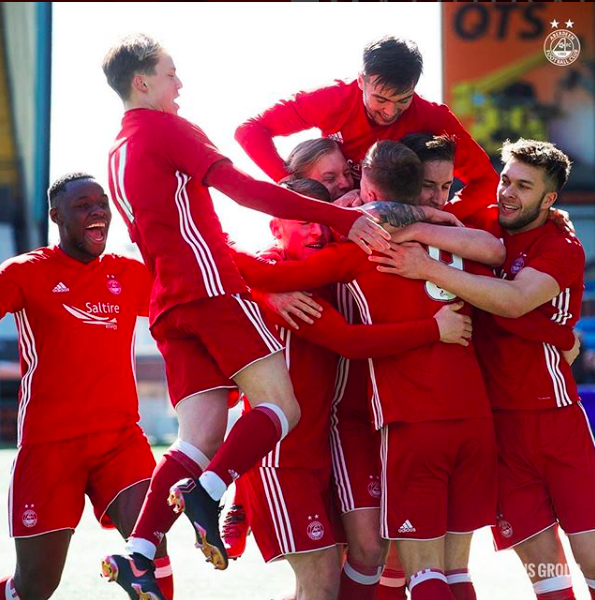 The Club say that a more “joined up” approach to working has helped everyone. They also claim that both face-to-face and remote support provided by Sports Office Client Managers has been highly beneficial. This has lead to rapid, efficient rollout and adoption of the system.

Ladbrokes Scottish Premiership outfit Aberdeen FC have become the first club in Scotland to use The Sports Office online performance management system, within all football-related departments of their organisation.

Aberdeen – who are well known for their dramatic 1983 European Cup Winners Cup triumph over Real Madrid – began using the system for first team and age group sides, via The Sports Office’s work with the Scottish Football Association’s national player performance programmes. The ‘Dons’ have now opted to implement the system on a club-wide basis, after having recognised how its extensive functionality can support and  benefit all aspects of their elite football performance cycle. This includes sports medicine, sports science, statistical analysis, administration, communication and scouting.

“We’re delighted to be involved with an ever-growing and innovative organisation like The Sports Office.”, commented Steven Gunn, Aberdeen FC’s Football Operations Manager.

“Their Football Squad software has enabled us to further professionalise our Football Operation and support all areas of the player development process.”

Gunn added: “It’s the first system of its kind to cover all the areas we see as key to our football strategy and we’re pleased with the progress we’ve made in the early part of the partnership. The Sports Office share our philosophy of continual improvement and innovation and we look forward to developing the relationship further in the future.”

The Sports Office Client Manager Carl Pomfret is working closely with the club during the implementation period. He commented: ”Aberdeen FC have a significant place in Scottish and European football. They have an illustrious history and exciting future and so we look forward to working with them for the long term.”

Aberdeen remain the only Scottish team to win two European trophies. They also boast many Scottish League and Cup titles and, at time of writing, are second in the Ladbrokes Scottish Premiership table.