The Monitoring App is live across all The Sports Office Athlete Management Systems.

It provides support for the sports science department, along with athletes and players within elite sports organisations.

The App allows users to select their personal profile and input regular testing and monitoring data.

This data then feeds into the system’s main dashboard to assist sports science staff with a range of performance management and monitoring tasks.

For more information on how your club can benefit from The Monitoring App, contact us now.

The first series of updates for 2019 are now live and available on all Sports Office systems. A range of enhancements have been introduced to support users in all areas of high-performance sport. This includes the latest app development, The Monitoring App, designed to assist sports scientists and fitness tracking.

Users can now report on all fields on Screening and Assessment Reports. They can create charts and tables on each field across different players, date ranges and teams.

When creating or assigning players to different teams, our new feature enables users to search for players by their name or position. This means creating and selecting teams is a quicker and more efficient process.

The Monitoring App is our latest native app and is now available to download for both iOS and Android.

It is a sports science and fitness testing tool which simplifies the data input process when monitoring and testing athletes.

To support the use of The Monitoring App, users can now find a new page on the Sports Office system. This allows authorised users to create testing groups and set different tests in preparation for athlete monitoring.

Channelling all of the data into the systems main dashboard will speed-up data collection, as well as presenting information in a clear and accessible format.

For more information on the latest systems enhancements contact The Sports Office now.

IRFU take on The Rugby Squad:

The Sports Office is delighted to have reached an agreement with the Irish Rugby Football Union (IRFU) to supply a Performance Management system for use by all of Irish rugby’s high-performance representative teams.

All four Provinces and National teams will benefit from ‘The Rugby Squad’, The Sports Office’s bespoke system for elite rugby organisations. Both men’s and women’s senior teams, plus all age group squads will be managed together in one centralised hub.

The full ‘Rugby Squad’ system includes modules to support coaching, sports science, medicine, finance, admin and scouting. IRFU video and performance analysis staff will also be able to combine their work with other departments to maximise the potential of all players within Irish rugby’s elite player pathway.

The Rugby Squad allows effective monitoring and management of every player’s training load plus their coaching minutes and wellbeing. It also enables the creation of Individual Development plans for each player and the ongoing monitoring of these.  This will enhance player tracking and development of all IRFU teams.

The newly released Sports Office App will assist all users, including staff and players in managing their own schedules, development and wellbeing. Communication between provincial and national staff and athletes are enhanced with instant messaging functionality and documents.

The IRFU will also use ‘The Rugby Squad’ to support talent identification and to also plan for the future with the system’s detailed view of available playing resources.

The Sports Office Senior Client Support Manager Stuart Jones commented: “The IRFU recognise that player development throughout the academy to on the pitch performance is the most important thing. They have chosen our system to provide the framework to support every department in reaching their full potential.

“We are delighted to be working with them and we look forward to supporting the implementation of Rugby Squad within their teams and playing structures.”

Jones added: “Irish teams are recognised as being among the best in world rugby and we believe our system can enhance their efforts to continuously improve and optimise all aspects of performance and preparation.” 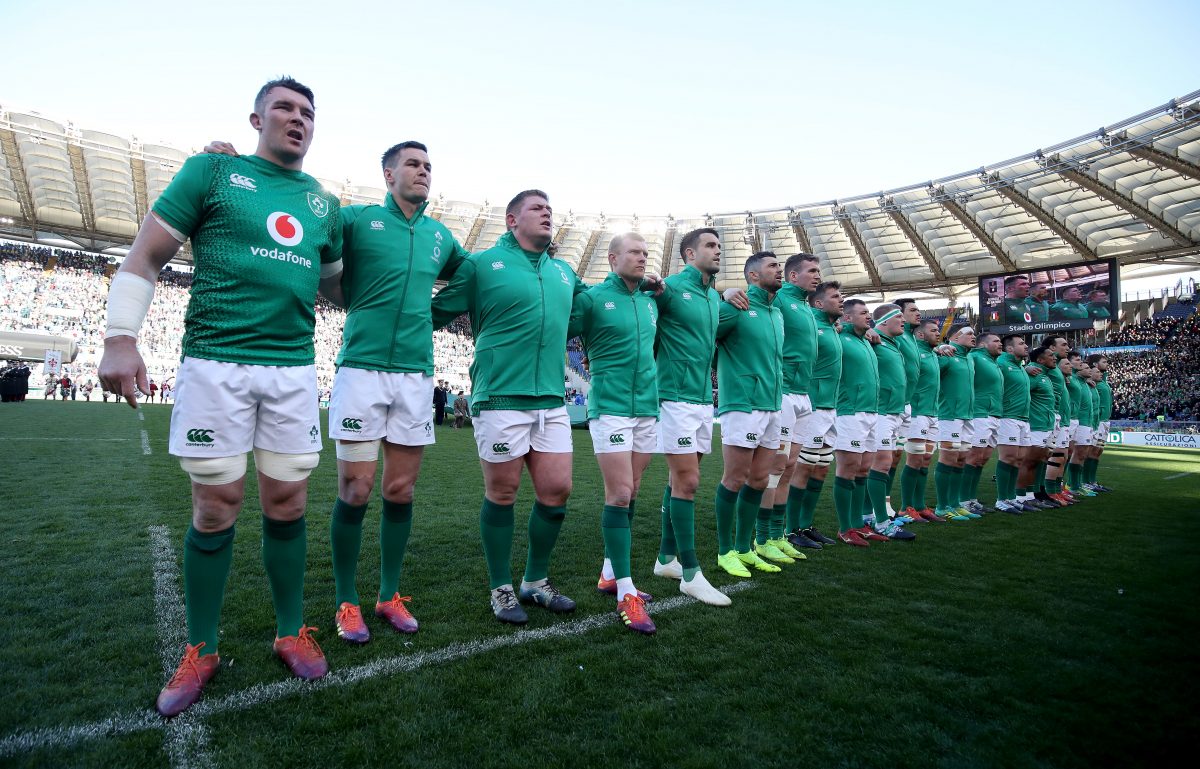 David Nucifora, IRFU Performance Director, commented, “Irish rugby have for years now placed their player management program at the forefront of their strategy for both developing and supporting our professional players. In continually looking at ways to improve our player management and player development strategies we have made a decision to align ourselves in a partnership with ‘The Sports Office’. As we strive to be world-leading in the area of Athlete Management and development we believe that our partnership with The Sports Office will enable us to achieve this ambition.”

Many elite rugby organisations throughout the world are among The Sports Office’s varied client base. These include governing bodies such as Argentina Rugby Union, teams in the SANZAR Super Rugby competition and the Australian NRL.

The Rugby Squad users also include clubs in the UK’s Rugby League Super League and teams in Major League Rugby.

The full system implementation of ‘The Rugby Squad’ will begin in March 2019. 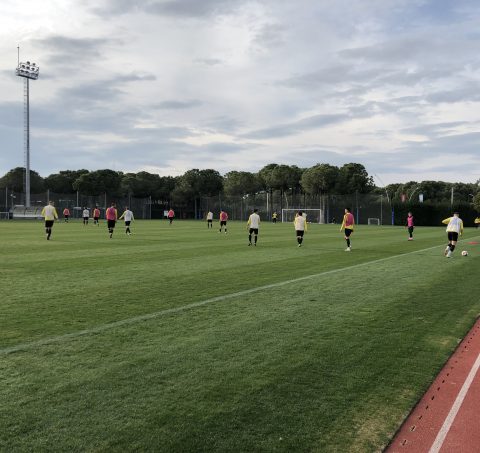 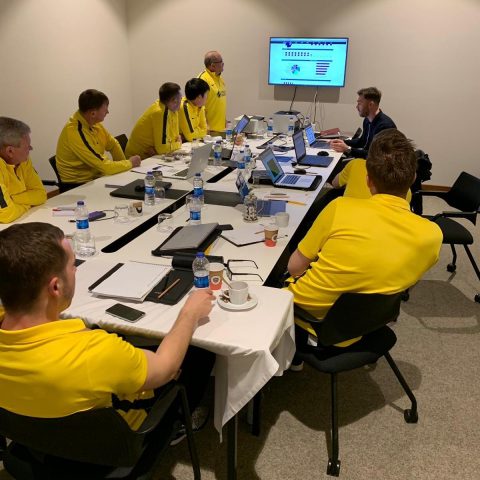 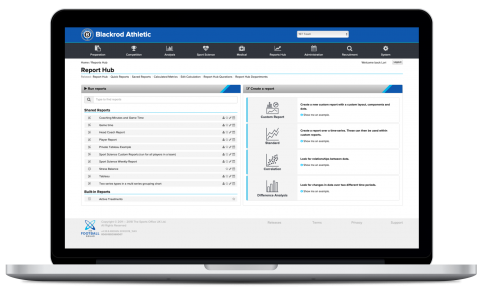 The new easy to use interface provides access to all injury data on one page allowing users to cross-reference medical notes.  This provides faster processes for accessing information and adding injuries, SOAP notes and other medical data.

An all-new charting feature provides access to a number of reports and injury data for an extensive player review.

These Medical Enhancements will improve the overall workflow for all medical users of any of The Sports Office Systems.

This update will be live across all systems early March 2019.

For more information on the upcoming medical enhancements, contact The Sports Office now.

During 2018 The Sports Office developers have been working on one of our most exciting and powerful releases to date. The Sports Office Athlete Performance Platform (A.P.P.) is our Native App, which is now available and LIVE in both the Google Play and App store.

The App integrates with our performance management systems and optimises all communication, sports science, medicine and administrative processes between an organisation and its players/athletes.

Improved administrative features will enhance communication across the organisation. The App brings all users, including staff and players onto a single, efficient platform.

Users can access their individual or team weekly schedules through the App. They can also sync these with personal calendars (iCal or Outlook) and click-through to events, to show extended details and further event attachments. 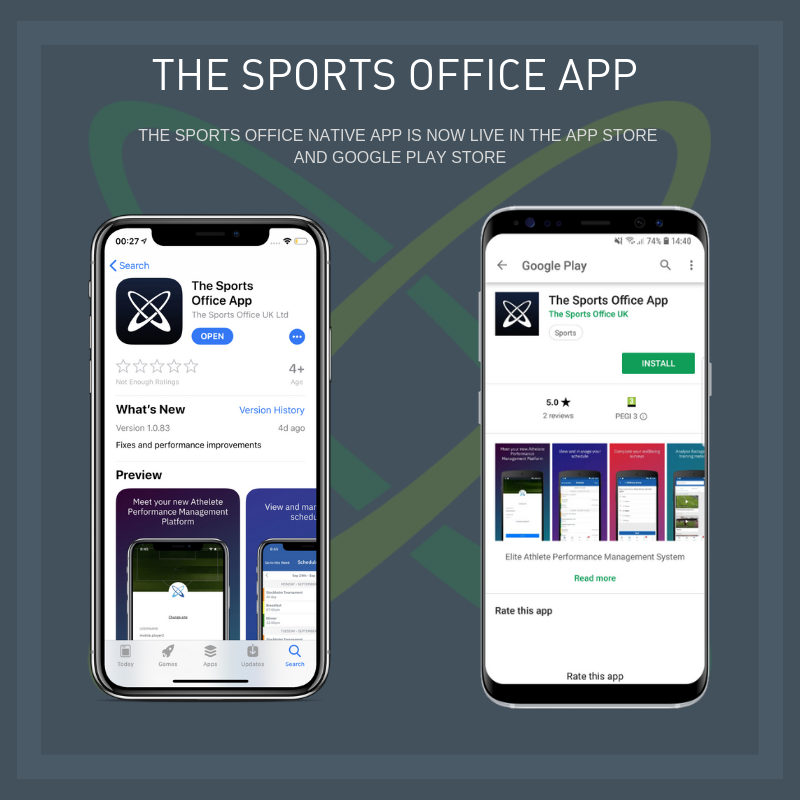 Player surveys including Wellbeing, RPE, Mental health or Physio Requests can be completed directly through the App. Staff are instantly alerted to this information.

The reports will show total views, duration and hits on all content. Staff can assign specific videos to individuals, who can then favourite or download the content to view offline.

Instant messaging allows direct communication with players and parents/guardians. Staff can start conversations with an individual or group of users.

Players or parents/guardians can contact staff via two-way communication.

Receive push notifications and alerts on all messages to keep everyone up to date with the latest information.

The App allows staff to upload club documents to keep players or parents/guardians informed on a variety of topics including nutrition, travel and codes of conduct.

The Sports Office App is compatible with iOS and Android devices. For more information, contact us now!

The Sports Office has exciting developments and enhancements across the system to come for 2019, including site-wide and bespoke developments for specific clubs.  The Medical module, the most powerful across the site is to go under a remodel with a brand new interface. 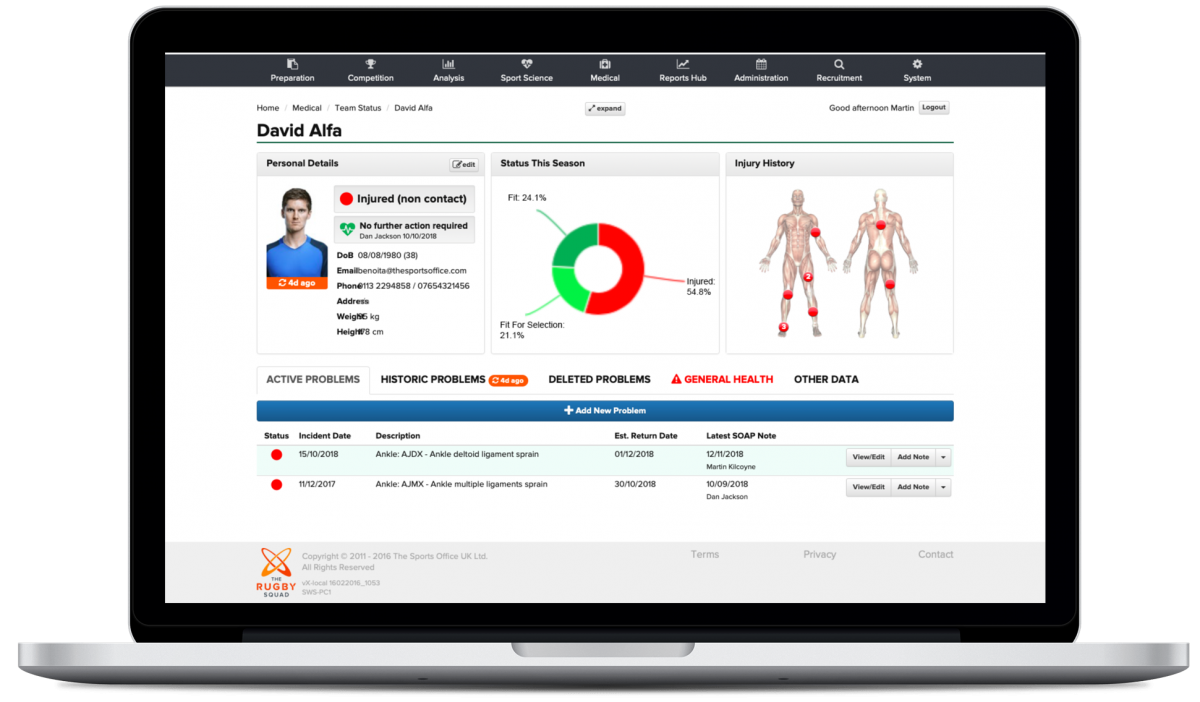 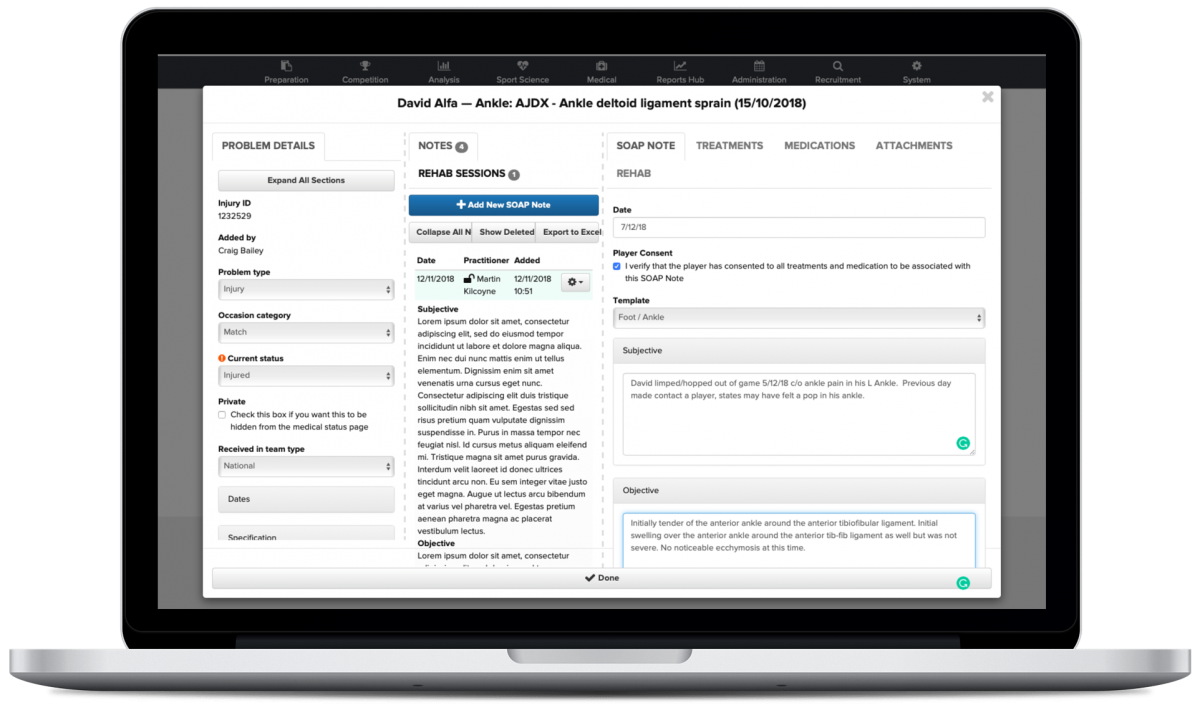 These developments will be going LIVE  in Spring 2019. The Sports Office centralised hub cohesively brings all departments together to work on one platform.

For more information on our developments and enhancements, or if you think your organisation could benefit from The Sports Office, contact us now!