The Michael Lewis book, Moneyball, has had a massive impact on sports analytics since its publication in 2003, reinforced of course by the Hollywood movie starring Brad Pitt released in 2011. Moneyball has promoted the possibilities of using data analytics in elite sport to gain a competitive advantage.

Nothing persuades like success and the Oakland A’s in North America’s Major League Baseball have been extraordinarily successful in making themselves competitive with rival teams spending triple their salary costs and more. The 2015 regular season will be the first since 1998 that the A’s will post a win percentage below 50%, an amazing achievement for a team consistently amongst the lowest spenders in the competition.

But once you start digging below the headline message that you can win with analytics, the significance of Moneyball has not yet I believe been fully appreciated. And the reason for this lies in the nature of the original context, baseball. Moneyball detailed how the A’s General Manager, Billy Beane, used data analytics to improve the effectiveness of player recruitment. Beane, influenced by the insights of Bill James and other baseball statisticians [ or sabermetricians], took advantage of the sports’ attachment to conventional metrics for measuring hitter and pitcher performance and started to use statistically superior metrics. 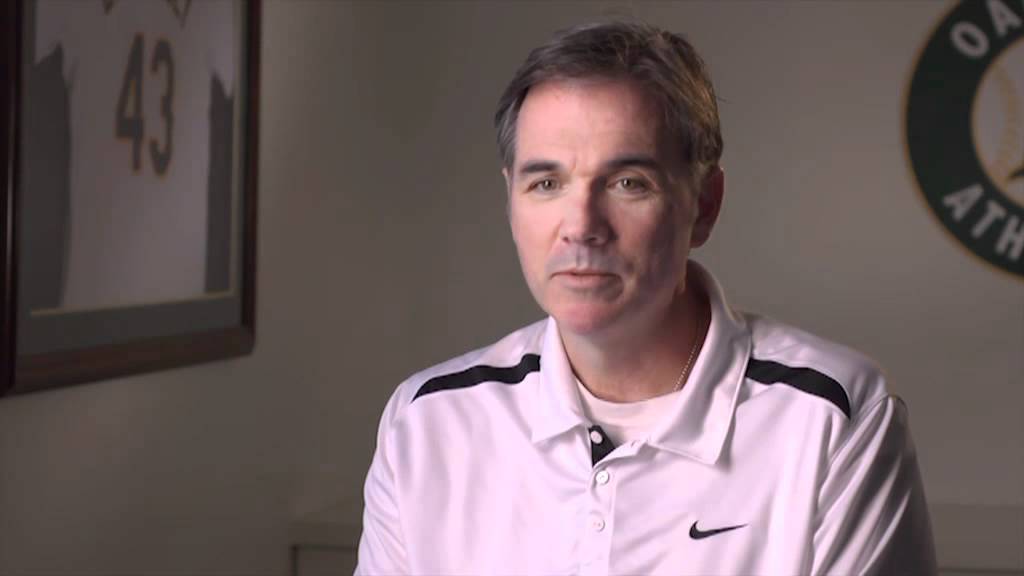 On-base percentage [which measures how often a hitter gets to base irrespective of how he gets there] was one such metric, largely ignored by other MLB teams but shown by James to be a better measure of what a hitter contributes to the team’s offence. Beane realised that he could buy wins more cheaply by targeting players with an above-average propensity to be walked to base, an undervalued skill in baseball’s labour market.

So when other teams in other sports tried to follow the Moneyball approach, it was only natural that they should perceive the main contribution of data analytics as supporting the player recruitment function. Thus data analytics largely became the preserve of the front office in sports teams, supporting the GM, the technical/sporting director and the head of scouting. It quickly became an exercise in big-data analytics as teams constructed large databases populated with player performance data covering leagues around the world, over several years.

The use of data analytics to support player recruitment has not been universally accepted and there remains considerable resistance in many teams. One of the main reasons for this resistance is the misapprehension that data analytics offers an alternative to traditional scouting methods. It doesn’t.

A more analytical approach should mean getting much more out of the scouts. If anything Moneyball has been a bit of an albatross in this respect since for dramatic purposes the film highlights the conflict between scouts and analysts, and ignores the reality that most teams with effective player recruitment, including the Oakland A’s, adopt a very systematic, evidence-based approach to scouting that combines data, video and attending games. The New England Patriots in the NFL are a great example of team-specific scouting that pulls together a huge array of information on potential recruits in a very rigorous manner in order to identify not the best players but the players that will best fit the needs of the Patriots and their system of play.

Baseball is a striking-and-fielding sport and as such is highly individualistic with relatively little need for tactical co-ordination between players. Not surprisingly baseball analytics is largely about measuring individual player performance to feed into the GM’s player recruitment decisions. But the significance of Moneyball for other sports goes beyond applying data analytics to player recruitment.

In the invasion team sports such as the various codes of football, rugby, hockey and basketball, the spatial dimension is critical, with players continuously having to make decisions in and out of possession on where to position themselves. Success in the invasion team sports requires tactical co-ordination. Coaching decisions on team selection and game tactics can all benefit from data analysis support, alongside the traditional video analysis. Data analysis can give breadth of coverage to complement the depth provided by video analysis. And just as video analysis is coach-led, with the performance analyst providing video clips on demand, so too with data analysis. Effective data analytics must be coach-led, analysing the available data to meet the needs of the coaches.

Applying data analytics to tactical issues represents one of the leading-edge developments in sports analytics currently. It is this type of analysis that sets apart teams such as the Houston Rockets and the San Antonio Spurs in the NBA. And it is the type of approach that I helped co-produce with the coaching staff at Saracens, one of the leading rugby union teams in Europe.

Over the period 2010 – 2015, Saracens developed a sophisticated internal data collection system in which the coaches and performance analysts analysed all aspects of their games using their own team-specific definitions and including expert evaluations of players’ decision making and technique. I helped identify a comprehensive set of player and team key performance indicators (KPIs) that were tracked across all games. Data analytics was also applied to produce detailed reports on forthcoming opponents, identifying their strengths and weaknesses. This data analysis complemented the video analysis and indeed sought to provide a general context within which the coaches could interpret game videos.

So don’t see Moneyball just as a roadmap on how to do player recruitment more effectively by using statistics rather than scouts. See it as a powerful argument for sports teams embracing an evidence-based approach to all sporting decisions that utilise data analysis alongside video analysis in a coach-led process.

Don’t restrict data analytics to the General Manager’s or Chief Executive’s office particularly in the invasion team sports. Data scientists have as much a role to play on the training ground, supporting the day-to-day decisions of the coaches as performance (i.e. video) analysts and sports scientists. Moneyball is, after all is said and done, a starting point not a destination.

Professor Bill Gerrard works as an expert consultant to The Sports Office.

Please contact us today to learn more about how our systems can be used to build a robust database; and how to generate insight and intelligence from this, so that sporting organisations can find the winning edge.